When You’re Hit By a Train… 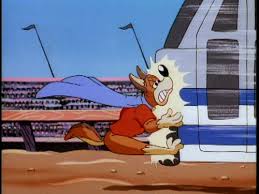 It’s been about a month since the United Methodist’s 2019 Special General Conference.  I don’t know if you know, maybe you do, maybe not, but my beloved denomination that I purposefully joined because its central theme is GRACE, voted to be as UN-GRACE-FILLED as it gets.  General Conference ruled that the United Methodist Church believes that “homosexuality is incompatible with Christian teaching” (BULLSHIT).  The church chooses to not ordain people from the LGBTQIA family.  The church chooses to BRING TO TRIAL, those bishops, district superintendents and clergy who do not abide by the rules.  That means we are forbidden to preside over same-sex marriage.

When this happened, the rug was pulled out from under me.  It was worse than when Trump won, and Hillary lost.  Except when I woke up from a good night’s sleep knowing that we were going to have our first female president (IT’S ABOUT TIME), on November 5th, and found out we voted for a misogynistic, racist fool, I fell into an abyss and stayed drunk and high for the next six months.  This time, I had to endure my pain, disappointment, anger and distress without anything to remove me from that reality. The name I have identified with (United Methodist) is no longer the name I want for myself. A piece of me died.

Now I have shame. Shame of being a part of a mean-spirited institution and I’ve been pondering leaving.  But I’m also seeing clergy and laity from all over the globe rising up and defying what happened at General Conference.  The middle finger is being lifted high by thousands (maybe millions?) of United Methodists throughout the world.

This gives me hope.  And I didn’t drink.  That also gives me hope!
at March 28, 2019
Email ThisBlogThis!Share to TwitterShare to FacebookShare to Pinterest