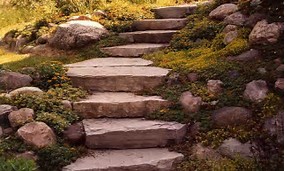 I had a tough week a few weeks ago.  I had angry letters sent to me.  I had an important colleague not talking to me and I felt bombarded with the notion that "they hate me!"  Nothing pulls me down quicker than the feeling that I'm not liked.  I want everyone to like me.  I know that's not possible, but that's what I want.

The feeling that people are angry with me or dislike me makes me feel like a glass or wine or two or three or "just give me the bottle," overcame me.  At least let me smoke a joint to take the edge off so I don't care so much.  But what about my tattoo?  What would it mean if I broke down and had to start this new life over?

So what did I do?  I found myself working the steps.  I called my sponsor, I went to meetings, I read my AA literature, I worked on forgiveness, I  looked for my part in the conflicts, I made amends and I prayed, boy did I pray.  And you know what?  It worked.  After a few days of feeling like all I wanted was to use, I woke up and it was gone.  Sure some people were still angry with me, but that's OK because I know that I'll never please everyone, so I was able to let it go.

I am now convinced, if I wasn't before, that working the steps is a way to a happy, joyous and free life.  Amen, thank you God!
at October 18, 2017
Email ThisBlogThis!Share to TwitterShare to FacebookShare to Pinterest